Pharmacovigilance and Social Media – are you there yet?

In this lecture, Alexandra Hoegberg from the Uppsala Monitoring Centre gives an interesting lecture about the role of social media in public health, particularly in pharmacovigilance. After listening to the lecture, I would have better used ‘drug safety’ instead of ‘pharmacovigilance’ in the title.

Social media channels are becoming an effective communication tool which can be used to expand reach, foster engagement, and increase access to credible, science-based health messages.

OK, that’s unidirectional, from institutions and official bodies to individuals / patients. But how about from individuals to institutions? In pharmacovigilance and drug safety we are interested in both sides of the equation.

The lecturer provides examples of how MHRA uses social media to reach and provide information to the population on side effects of certain drugs.

She makes good points on potential pitfalls of the use of social media from health organizations, and the possibility of having to deal with fake news that spread virally.

As an example of fake news, the lecturer mentions the case published on The Independent (7 Jan 2017):

The widespread circulation of fake health news on social networks is misleading and potentially dangerous, health officials have warned.

Misinformation published by conspiracy sites about serious health conditions is often shared more widely than evidence-based reports from reputable news organisations, according to analysis by The Independent. Of the 20 most-shared articles on Facebook in 2016 with the word “cancer” in the headline, more than half report claims discredited by doctors and health authorities or – in the case of the year’s top story – directly by the source cited in the article.

Facebook has introduced measures allowing users to flag disputed news shared on the site following concerns the circulation of deliberately fictitious articles could have influenced the US election.

Public Health England and the head of the Royal College of GPs have expressed concern over the amount of made-up health news shared online, with Cancer Research UK calling for “vital” action from the social network.

Organizations must set a social media strategy and think about:

The lecture finalizes giving valuable tips on what organizations have to do in order to succeed in social media.

This is a good presentation on how institutions and organizations are going to use or should utilize social media. Individual companies in the pharma industry can benefit from this approach too. 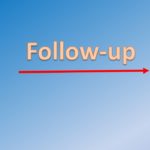 Disclaimer: This article is written by a Safety Physician to provide … END_OF_DOCUMENT_TOKEN_TO_BE_REPLACED 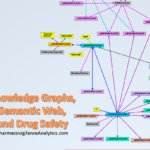 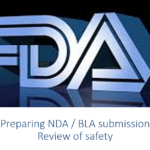 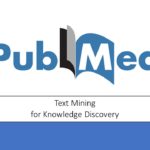 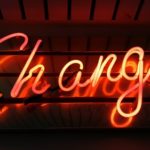 Peter J Pitts, President of the Center for Medicine in the Public Interest, and … END_OF_DOCUMENT_TOKEN_TO_BE_REPLACED 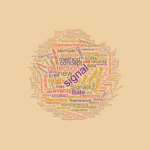 Signals of Disproportional Recording - Seriously? I have read with great … END_OF_DOCUMENT_TOKEN_TO_BE_REPLACED

In this video, Bernardo F. Nunes explains how these 3 concepts (artificial … END_OF_DOCUMENT_TOKEN_TO_BE_REPLACED